An old machine maintenance hall was transformed into a functional office space for financial management staff with the help of POD rooms.

The business premises of Staria, which offer business solutions to growth companies, were designed to be a functional office for financial administration staff in Turku. The premises are located in about 600 sqm old machine maintenance hall in Logomo.
The space was designed by interior designer Paula Kallio.

The fact that there were three separate teams in Staria’s premises, which were wanted as independent units, brought its own challenge to the space planning of this large open-plan office. Help was found in INTO POD rooms of various sizes that were used to group different functions and divide the space. 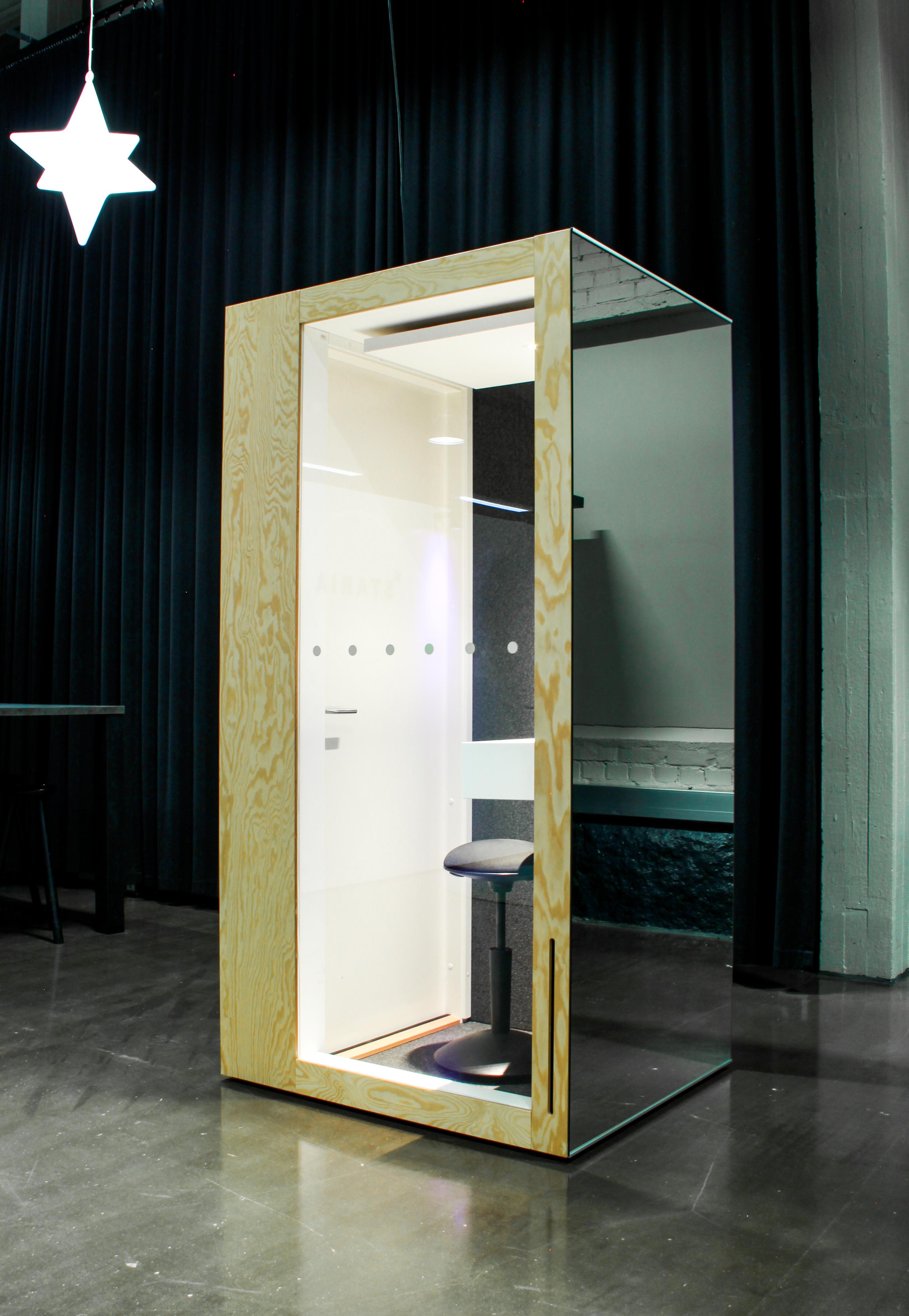 “INTO’s single-person withdrawal spaces work well as space dividers between different teams. They provide privacy and are easy-to-use units for telephone work, ”says interior designer Paula Kallio. “Because of the high utilization rate, good ventilation, lighting, and acoustics were important selection criteria. Electric-wise the space was designed so that in the future the customer can alter the space by moving the INTO POD rooms to different locations. Also, INTO POD rooms have a sleek and groomed design when viewed from above, which was important in a space that has a large loft that overlooks the entire space”.

”It is great that the INTO Concept has different sizes of withdrawal spaces. This enabled a unified look for this large and high space by combining various pod rooms of one and four people.” says interior designer Paula Kallio.

The history of the Logomo space, the red brick walls, and the concrete floor guided the color scheme of the interior design. Black, gray, and terracotta longed for freshness and the warmth of nature. The POD rooms were colored with a timeless white, elegant gray and, at the customer’s request, a light wooden surface. Wood surfaces also bring much-needed softness to the space, and the soft panels attached to the exterior walls of the INTO POD rooms improve the acoustics of this large space. 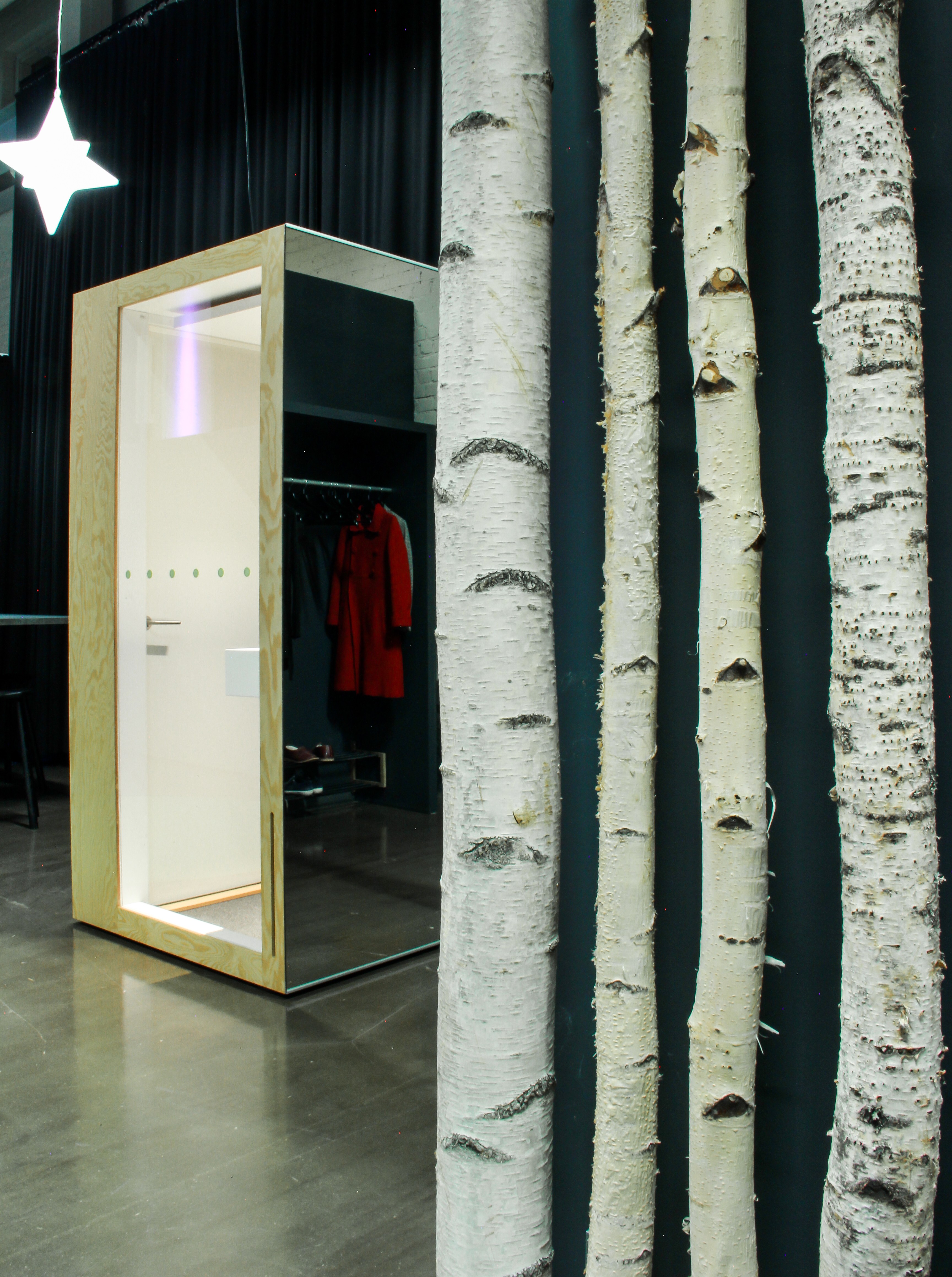 “ Material and color choices for withdrawal spaces needed to be made carefully because they have such a big impact on employee comfort. INTO POD rooms have a nice and wide wood surface selection. The customer has foreign guests, so they came up with a fun idea to bring birch trunks to the office. We named the INTO facilities after the Finnish trees – a bit of exoticism for the guests.” Paula smiles.

Logomo has very strict safety regulations, for example with regard to fire safety, in addition to which the customer’s level of security is high, so the withdrawal spaces had to be of high quality and safe.

“ The customer is very satisfied with their new office space. INTO withdrawal spaces greatly eased up my work with space, color, light, acoustics, and material design,” says Paula.